Should Augusta Residents Get Help for Fire Damage Restoration? 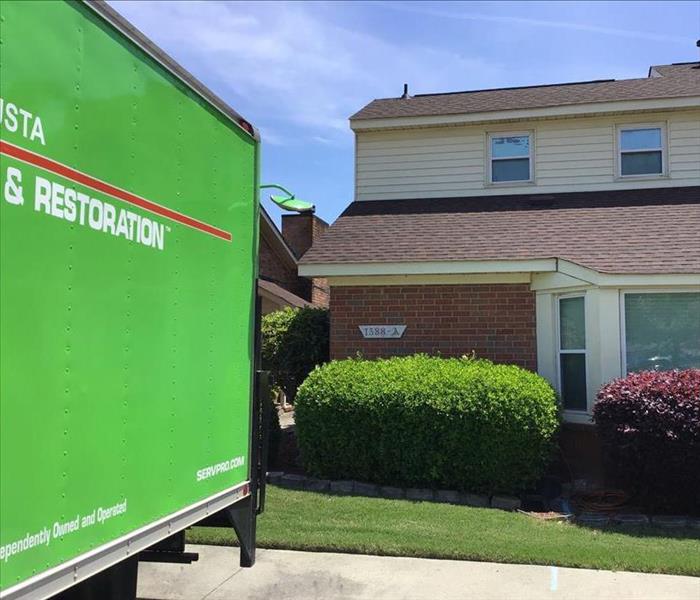 Fire loss to your property is no way task to handle. Call the professionals at SERVPRO for the services needed.

In 1916, Augusta experienced a fire disaster that defined the city and its resilience under tremendous pressure. March 22, 1916, marked the date of a calamity that destroyed or significantly damaged 25 blocks of the city as it stood at that time. The perimeters of the fire were roughly 8th street to East Boundary Street. The flames traveled along Reynolds Street and spread from there. Parts of downtown and Old Town were involved in the destruction.

As is sadly familiar with horrific events such as this blaze, the cause was an everyday error that grew wildly out of control. The ignition site was at Jackson and Broad Streets. Now occupied by the SunTrust Building, in 1916, the parcel underlay the Dyer Building. On the first floor, the M. E. Kelly dry goods store ensured the sharp looks of the clothing sold with a tailor's shop. Typical of such a service, the staff used a pressing iron to smooth out wrinkles and set creases. Momentary inattention to the hot implement permitted a fire to break out in the early evening.

What Path Did the Augusta Fire Take Through the City?

The fire traveled from the Dyer building east, roaring through a quarter-square mile at the city center. Strong winds increased the blaze's intensity, and just about any building in its path provided fuel for its continuous movement. Commercial properties, personal residences, and schools all fell to the heat and flames. Attempts to quell the fire were provided by:

Estimates of the numbers of houses burned topped 525, and at least 138 businesses also toppled under the intense fire.

How Does the 1916 Fire Rank Among Similar Events in Augusta?

Although fires at other times pressed on the city's resources over the years, Augusta's Great Fire of 1916 was at an entirely different level of damage. It was considered the most significant loss sustained by the city and the entire state of Georgia. Depending on the source of information, the losses were estimated to exceed $6,000,000 at the time of the fire. Structures lost include:

Photographs of the damage are archived and make the extent of the disaster clear. Augusta has rebuilt but does not forget.

What Is the Value of Hiring Professional Restorers for Your Fire Emergency?

Catching a household blaze before it gets out of hand is a relief. No matter how inconsequential the accident might seem, Augusta fire damage restoration evaluation by SERVPRO is critical. The residues created by a home fire of any size need expert removal because they are:

Count on the team at SERVPRO of Augusta to meet your fire mitigation and remediation needs. One call to (706) 750-0200 opens our toolbox of comprehensive resources focused on restoring your property.