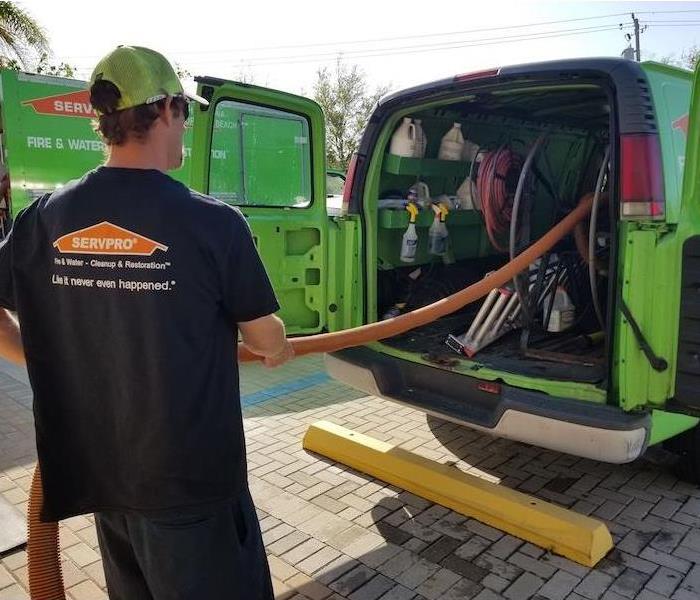 SERVPRO technicians will arrive on scene shortly after your call to us.

The city of Augusta was originally a British colony in 1736. It was the second settlement established under James Oglethorpe after Savannah. Before the influx of European settlers, the location was once the site where the local indigenous people crossed the Savannah River. There is a Fall Line that makes the terrain flat and easy to navigate. In the present, the city is the second-largest in the state, with prospects favorable for continued growth. The name for the city came from Princess Augusta, the wife of Frederick, Prince of Wales.

Unlike many colonial settlements, the local townspeople lived peacefully and traded with the local tribes, including:

The Shawnee were originally known as Savano, and the Savannah River is an Anglicization of the original name of the tribe.

Early Transportation In The Augusta Area

In the mid-1700s, Augusta began constructing roads to enable more people to reach the city without the need to travel on the Savannah River via boats. The result was more and more people moved to the city. The establishment of the Georgia Railroad in 1845 created a much-needed link to Atlanta and increased the accessibility for trade.

Changes in Augusta During the American Revolution and Civil War

When the American Revolution occurred, Savannah went back under British authority. This left Augusta as the new state capital until it too fell to the British. The Americans took the city back only to lose it again to the British. After the war, the building of the Augusta Canal helped the city become a hub for the production of many needed items such as:

The Confederate Powderworks was a mainstay in the city, and many Augustans were in favor of the idea of a Civil War. However, once the war between the North and South happened, the city found itself overrun with refugees from other parts of the state that had already been overtaken by the Union Army from the North. General Sherman's army burned a large portion of Georgia, and the Augusta area did not get spared. During the reconstruction period after the war, martial law needed to get instated to keep the crime rates down and civil unrest at a minimum.

By the early 1990s, many of the businesses had left the downtown area. This area of Augusta became the textbook look for urban decay. In 1995, a loose collective of the art community began a monthly event known as "First Friday." On the first Friday of each month, there is a gathering of local bands, street entertainers, and art galleries featured during art walks. The result of this monthly event has seen the return of restaurants and bars to the area.

Great Places to Visit in Augusta

August is filled with interesting and historical venues. One of the top draws in the area is the Masters. This is a must-see event where attendees get to watch pros from all over the world complete. Tickets can be difficult to obtain, and many people opt to watch the practice rounds, which can also be sold out for up to a year before the event.

Augusta was founded around the canals, and the Augusta Canal Discovery Center gives guided canal boat tours daily. Participants can learn about the history and the importance of the canals as part of the city's founding.

The Downtown Riverwalk has beautiful views of the Savannah River. Walkers can choose to walk the path along the river or go across the levee. There are numerous restaurants and bars nearby and conveniently-placed benches for seating along the route.

One of the stops on the Riverwalk is the Morris Art Museum. This venue has the distinction of being the oldest museum in the country that is dedicated to the art and artists of the South. The permanent collection has over 5,000 artworks. The museum also puts on an average of twelve special exhibitions yearly with rotating displays, including public programs and charity events.

History and music buffs alike enjoy the Augusta Museum of History. Many things contributed to the city's growth, and many of them get highlighted in the museum, such as trolley cars, the railroad, maps of the canals, and of course, a tribute to Augusta's favorite son, the godfather of funk, James Brown. Downtown features another tribute to Brown in the form of a lifesize statue at the intersection of James Brown Boulevard and Broad Street.

What Happens to Stock and Furnishings During Commercial Water Removal in Augusta?

It can be disheartening to come into an Augusta business and find it needs commercial water removal. The key to getting the business reopened as fast as possible means the cleanup needs to start as soon as the water gets discovered.

Once SERVPRO technicians arrive onsite soon after the initial call, they use their equipment to locate all areas of water collection and determine where the migration path or paths are within the structure. The techs have advanced extraction equipment that pulls even deeply embedded moisture to the surface.

In situations where there are furnishings and stock, such as in a retail store, the elevated interior humidity can damage articles. SERVPRO techs perform pack-outs where they take items in an organized fashion, either off-site or to a secure area during the restoration services. The things get cataloged as to their location in the building, so once the area is cleaned and dried, the pieces can get moved back and replaced in their former spot to limit the amount of disruption to the business once it reopens.

Once the restoration services complete, the crew chief can walk the property owner through the worksite and go over the actions taken, such as:

SERVPRO of Augusta at (706) 750-0200 handles the cleanup and commercial water removal for local Augusta properties. The trained technicians have extensive experience and the advanced equipment to make the damage, "Like it never even happened."