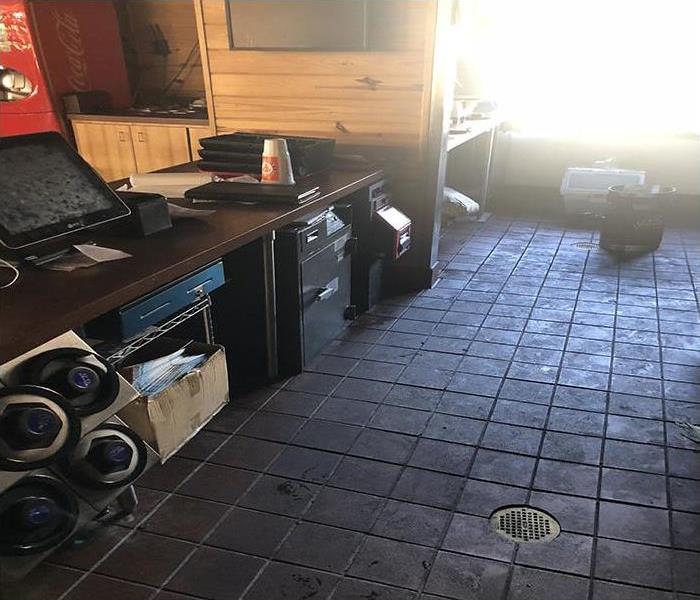 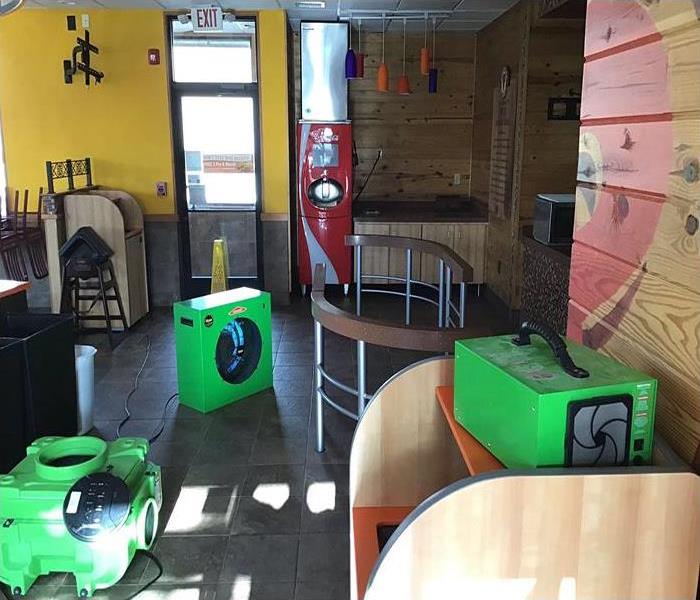 After the removal of charred items and cleanup of smoke damage, odor control is a large part of commercial fire damage mitigation in Hephzibah properties. As referenced in the Before Photo, this eatery had fire loss that affected the front counter where customers order and pay. SERVPRO technicians performed the necessary cleanup and the After Photo gives a look at a hydroxyl generator and ozone machine in action perform odor neutralization on the property by capturing airborne soot particles and combining with them to eradicate residual smoke odors. While the hydroxyl generator is safe to operate around people, the ozone machine requires the vacating of the premises while it is active.

View More Before & After Photos